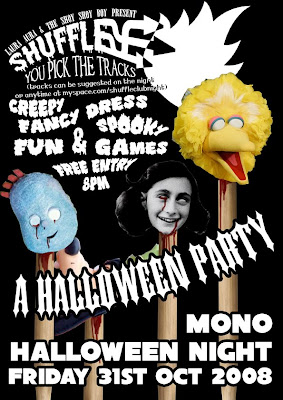 Shuffle will be holding 'A Halloween Party' in Mono on Halloween Night. Below you will see the tracks that have already been added to the Shuffle Halloween Playlist.

You can suggest your own tracks by commenting or through:

Retargeting to be introduced into new Photoshop... well Adobe has hired the Co-Inventor, and let's face it... it's not 'cause he makes a great cup of tea.

The only thing you need to know...

O.K. So this blog is dying a slow and painful death. With Cue & Ehh?s falling through such as MC Router and Tay Zonday... With me being lazy and not showing my findings such as Amy MacDonald, the rise of Robyn, the grimaces of Bill Callahan, Grizzly Bear, Bat For Lashes, Mirah and Spectratone... I am lethargic... It's a big internet out there. You'll find something that grabs you. I have tried people, I have tried... If I can say anything about this summer it's one thing:

The rumours and the marketing continue with no resolve in sight. The campaign has kicked off a range of bogus sites trying to get some hits off the mania. New rumours include the idea of a Power Rangers film as well as an HP Lovecraft adaptation. Freaks and Nerds study the footage endlessly, working on numerology and cryptology to try and gain clues.

Old rumours are forgotten... it's not a Godzilla film, the rights are on hold until 2013. Ethan Haas was right is not a related website. New rumours are stirred... Is it a Lost spinoff? Is the monster the black smoke?

There appears to also be a leak of the film's possible title: 'Monstrous'. Apparently Paramount have bought the domain too.

I have 2 ideas on the matter, with the working title being 'Cloverfield' think four leaf clover, think lucky, think Irish... think Leprechaun 8. No? Doesn't sound good enough? My other idea is the scariest as it's probably the most obvious:

Americans can't stand reading subtitles. Every great Asian film has had to have been remade as a low grade american flick. They've remade the Ring, Dark Water, the Grudge etc. The monster in 'Cloverfield' has been rumoured to be 'a parasite' and with that and the poster in mind (it appears to be a water friendly creature) it's likely that this film is an American adaption of the great South Korean film 'The Host". I really hope I'm wrong, but with films being as shit as they are recently, why would I be?

So what's new? Currently being hyped on every bloody blog in the world is the trailer for 'Cloverfield' (working title) J.J. Abrams' (Lost) new film being released on the 18th January 2008. It's entirely shot on Camcorders apparently and has been rumoured to be everything from Godzilla to Jurassic Park 4?!

What we do know is that it's gotta live up to this hype... here's hoping.

Below is the only working video that hasn't been stamped out by Paramount. Be fast, it won't last.

Update to Edit: You've missed the bus, it's already on apple trailers. Forget about it, it's old news. 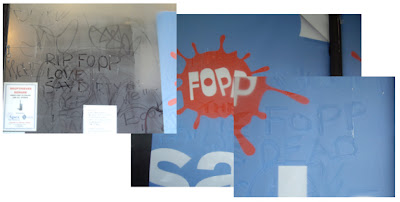 I haven't really been writing too much in my posts of late, and for that I apologise. I thought it was only right to have a laugh at Fopp though. I had been a loyal customer for around 7 years and have learnt that they pissed away mine and many others profits on trying to take over Music Zone (A chain of shit basement and 2nd floor shops that sold a range more dire than Morrisons). This has forced them into administration and all shops have been shut and staff laid off. So I wave goodbye to the mighty Fopp, wave goodbye with my middle finger.

Virgin and HMV next... 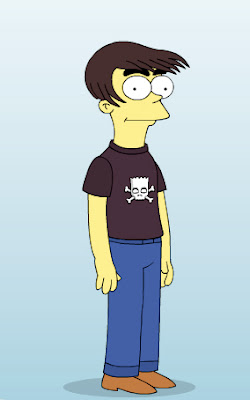 You've made a Southpark version of yourself. You've made a mosaic... now it's time to make yourself an extra in the new Simpsons' film.

Yes... hold your breath no longer. The greatest release since... well, since the Bible will be available from Dark Horse through Amazon from Oct 25th. Go and pre-order it, you'll not be disappointed. 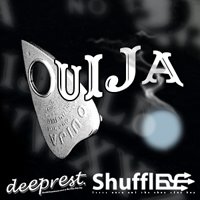 Podcast of recorded visits to supposed haunts. Contains drama of an explicit and disturbing nature. Documentary horror to give you sleepless nights.

A friendly interrogation of the most talented people featuring the infamous Weird & Freaky Question.


Places To Find Me